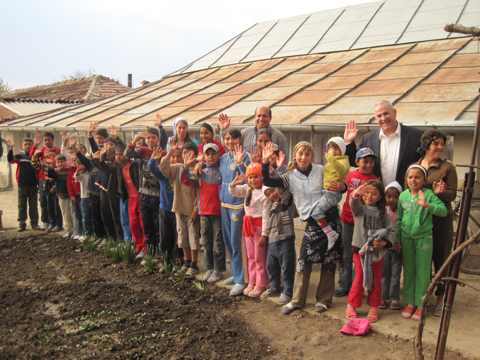 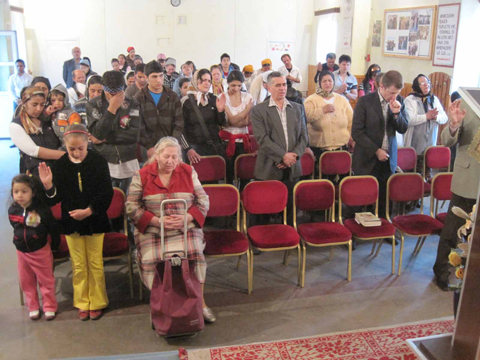 Our first full day here, we arrived yesterday after about 30 hours of traveling and sitting in airports. We got a wonderful nights rest and spent the morning fellowshipping with our hosts and preparing for the day.

One of our host’s adult children came over for lunch and prayer. After sharing a nice meal we prayed for there to be healing and God was faithful. There was numbness in her legs along with some other things and God healed and delivered her from the bondage that was attacking her body. And of course, there were tears all around as these folks are not only believers but dear friends also.

We rested for a bit and then were taken to a house across town where we had dinner. As we ate the home filled with friends and family who were invited to come and hear God’s word and get healing or blessings for their families.

After we ate there were introductions to all the folks there (around 35 people) and I was hoping that we would not be quizzed afterwards as they were all intertwined as family or friends. Then Lee and I each spoke before we did some group singing. Carl taught for a short while and then we began to minister.

First there were three individuals who came up for their backs to be healed, and they were. Then as we got going we began to minister to family groups. We ministered healing and deliverance to each family and called out God’s blessings on each member of each family. As it says in the book of Acts “many were headed of divers diseases”. As the night went on there were several of the young people there that had their gift ministry identified. This allowed the family to keep them in their prayers and that they could begin to believe God to see how they will serve in the body of Christ. We saw thyroids and pancreases healed, as well as hearts and lungs. There were curses and soul ties broken as well as broken hearts and minds restored. Two of the teenage girls felt God calling them to be missionaries in other countries. There was a group of young men that we encouraged to get together daily and pray and watch out for each other. We started around 7pm and ended near midnight. The evening ended with a call for everyone to continue in prayer for each other. Even as we were leaving there were several that wanted one more thing prayed for and of course we did not turn anyone down.

Even though the day seemed to have a slow start, it was not long before the spirit of God was at work bringing healing and blessings in the powerful name of Jesus Christ. 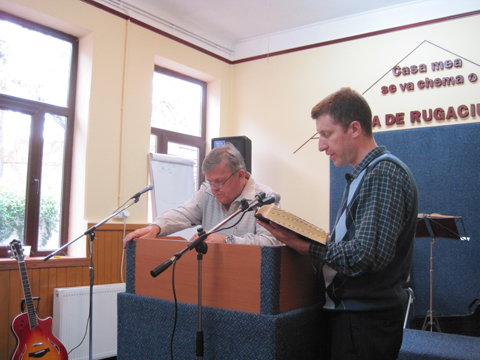 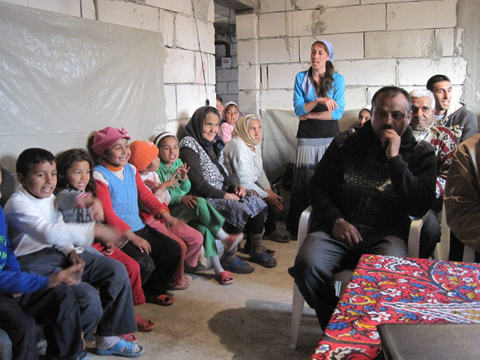 We had a morning to pray and prepare for the day and then a nice lunch with the family we are staying with. In the late afternoon we went to a church on the far side of Bucharest. Lee and I each taught for a while and then Carl. At the end of his teaching Carl had some congregational prayer where many were healed of all kinds of ailments. Before we left, the pastor whose church we were at asked if we could lay hands on some of his family to minister healing to them, which of course we were more than happy to do.

It seems the theme of the teachings so far has been that it is time to believe God’s word. See the word of God come to pass, stand up and have no doubt that you can do the works of Jesus; you are “as he is”. We must continue to develop our relationship with the Lord, and let him lead us day by day.

It is always a time of battery recharging for me on these trips, to leave all the day to day things of life and work at home and minister the gospel of our Lord Jesus Christ all day every day. Laying hands on people and seeing signs, miracles, and wonders of healing and deliverance throughout each day bringing glory to God the father is such a joy for us. 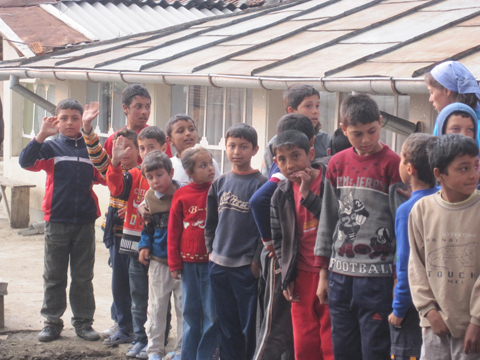 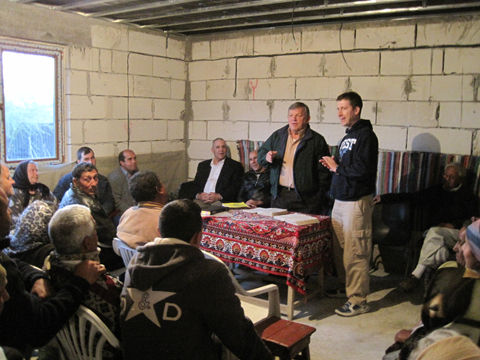 Lee went to church this morning with two of the daughters of the house while Carl and I went to a church that at one time was the only place here in Bucharest where you could go and get healing. Thank God now there are churches all around where the power of God is manifested.

Carl spoke for a few minutes and then I taught for 30 minutes on the need to believe God’s word because it is true and not a lie. We left after we spoke as we had another meeting to attend before lunch.

A husband and wife team of ministers that we went to the church with met with us before they had to leave for out of town ministering planned around the country this week. They have worked with Carl in Romania for many years and wanted to spend time with Carl before they left. These are tremendous believers and ministers and it is always very humbling for me to be in their presence. I always feel like once I have gotten to spend time with them that I have gotten my money’s worth and can go home now. They love the Lord so much and have devoted themselves to serving him; it just rubs off on you and you can’t help but feel blessed after having been with them.

In the evening we went to a church about a mile from where we are staying. Lee and I each spoke God’s word, then more music before Carl taught God’s word which ended with a call to come forward and be saved. There were around 8 people who asked Jesus to come into their hearts and who received eternal life this night.

There were around 85 people there and many came forward for prayer. Carl, Lee, and I each had an interpreter and so we were able to minister to all those who asked for prayer in a reasonable amount of time. We arrived home blessed and thankful and giving glory to God for all the mighty works that He has been doing on the trip thus far. 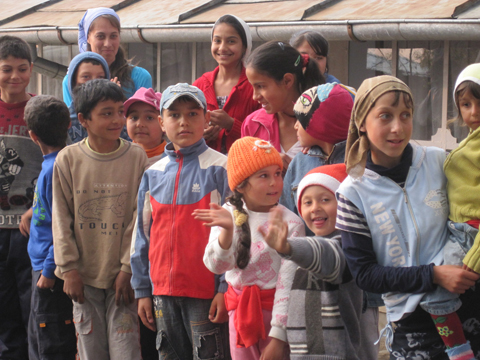 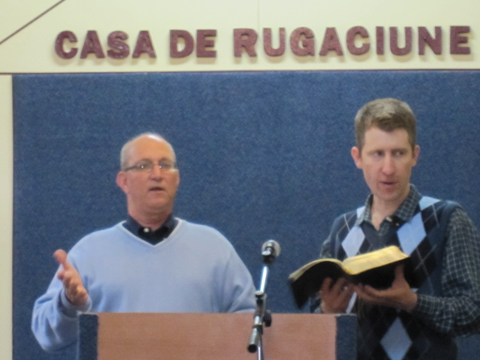 We went this morning to a local minister’s home to pray for his family and get a report from him about what is going on with the churches he is helping with. Three family members receiving prayer were healed and the minister himself also was healed before we left.

Monday afternoon we took care of some personal errands and when we returned home we received a call to go to the hospital. A family member of a woman in the hospital wanted us to pray for her sister, about whom the doctors said, “call your priest she is going to die.” The doctors wanted to turn off the machines keeping her alive as she was in a coma and spitting up her liver. We prayed for her in the name of Jesus Christ to be healed and to choose to live. As we were leaving, they turned the machines off and the Lord revealed she was at the crossroads and had to choose to live or die.

Monday evening was spent in preparation for a conference of ministers that was to take place Tuesday morning and afternoon. 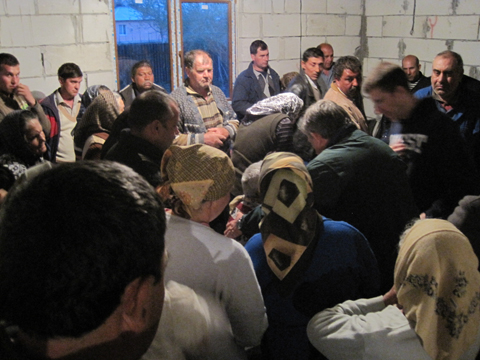 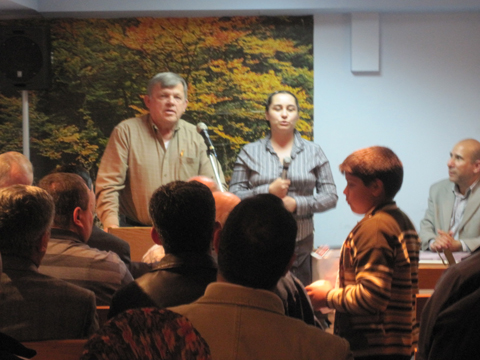 This morning we went to a church building across town from where we are staying to present God’s word to a group of ministers from around the local and out lying areas. Some business was handled first then Carl taught from Timothy on what God’s word says about how a minister is supposed to act and think. He also covered who is qualified to be a leader according to the scriptures.

After a short break I taught for a couple of hours on who we are in Christ and how each one of us who is saved can walk in power and authority in the name of Jesus Christ. When I finished we all had late lunch together and wonderful fellowship with each other. The afternoon concluded with a registration for those who wanted to sign up for a class on the Bible for ministers.

As I am typing this Carl came in and told me the lady we prayed for in the hospital is sitting up and visiting with relatives. She chose to live and was healed by the power and authority in the name of Jesus Christ. Give glory to God the Father who has given such gifts to men. 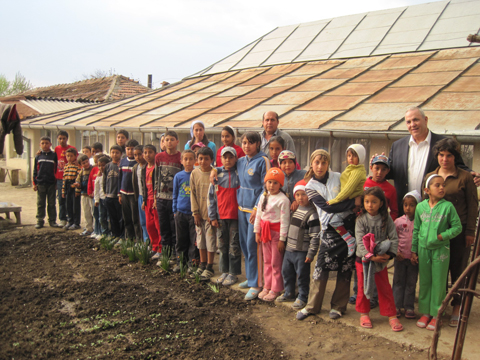 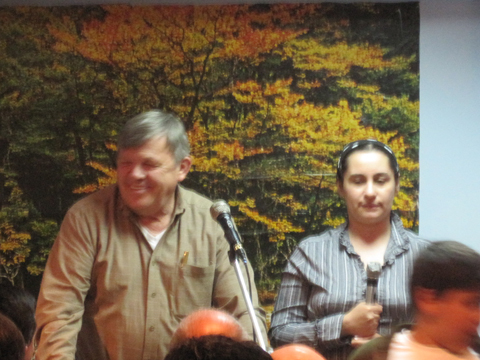 We had a quiet morning and the weather was nice so we sat outside and read our Bibles in the warm sun. After lunch some local Christians stopped by to visit and soon after that we left for a gypsy village near the Bulgarian border. There were around 24 children there that the pastor’s daughter is working with, they sang some children’s songs about Jesus and then several stood and recited bible verses. It’s really amazing as many of the adults in this church can not even read. I shared God’s word first and then Carl. As he was teaching a man who was paralyzed on one side of his body stood to be saved and then we ministered to him. In the end he not only received eternal life but also his body was healed in the name of Jesus Christ. He walked around the room and also raised his right arm and shook our hand and was able to speak clearly. Others were born again and many were prayed for and healed in the wonderful name of Jesus Christ.

Even though one of our team did not make it because of the volcano and I had to leave early (I left early Thursday morning and Carl and Lee stayed until Tuesday the 27th) God’s word was not hindered and miracles were manifested day after day. It may sound like a broken record but it really happened over and over. We prayed, we believed, and God brought to pass the healing and deliverance in the powerful name of Jesus Christ. As I have mentioned before when I have traveled with Carl on these trips, we are thankful for all the prayers and financial support. We could not do it without both and remember you get rewarded just as if you went with us. There is no greater joy than to be able to serve God and the Lord Jesus Christ with you. May the great God in heaven bless you and keep you in Jesus Christ’s name. 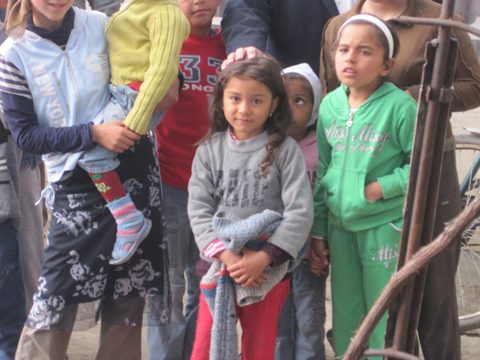