The subject of curses and blessings is often unfamiliar to students of the Bible. Yet God has much to say about them. Surprisingly, despite the clear fact that Jesus hung on the tree, and became a curse for every man to redeem us from the curse of the law (Galatians 3:13), we nevertheless must still deal with curses. How can I say such a thing if Christ finished our involvement with curses? Revelation 22, the closing chapter of the entire Bible speaks to this very question.

Revelation 22:3
And there shall be no more curse: but the throne of God and of the Lamb shall be in it; and his servants shall serve him:

The fact is, curses are still with us. What Jesus Christ accomplished on the cross was this: He gave every child of God the freedom to get out from under curses. This was one of His final acts by hanging on a tree. But clearly from Revelation 22:3, curses still exist and must be dealt with in the practical Christian walk.
The same argument is true regarding healing. Though by His stripes we were healed (I Peter 2:24), are all Christians healed today? No. But can they be if they reach out in faith to receive what Jesus accomplished for us on the cross? Yes. So it is with curses.
The problem with dealing with curses is that up until now, they have been generally obscure and hidden from Christian thought. While various religions around the world have become professionals at using curses (such as witchcraft, voodoo, tribal witchdoctors and medicine men, etc.) against the people of God, Christians themselves are largely ignorant of how to deal with curses. 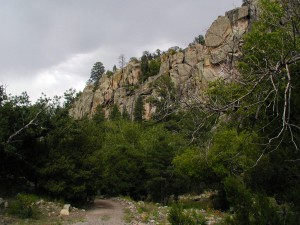 All this despite the fact that Jesus clearly enabled us to do so!
The very opposite of a curse is a blessing. Not only can Christians, by the accomplishments of Jesus Christ, learn to claim their liberty from curses, but they can also learn to receive blessings in place of those curses.
In Turning Curses Into Blessings, Carl Fox shows how the Lord led Him to expose this gap in the Body of Christ. I know of no other minister in Christian circles today whose ministry is accompanied by such extraordinary miracles — even the big names of the day. Having ministered with him personally across both the United States as well as overseas, I continue to marvel at how God uses this simple, humble man to bring deliverance to God’s people where many others have failed. It is not that one individual is particularly anointed over another, for we see too much such attention in the Body of Christ. But it is simply that the Lord has taught Carl this important field of turning the curses that plague God’s people into blessings, so he in turn could teach to the rest of the people of God.
May the Lord continue to open the eyes of our understanding as we pursue our relationship with Him. And may your heart be as thrilled as mine has been to see how the Lord will turn our curses into blessings as we learn to obey Him.

For more about Turning Curses to Blessings check out our Bookstore